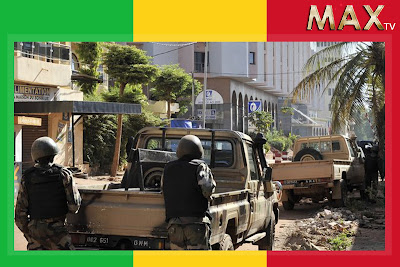 Mali hotel attack on Radisson blu Bamako EXCLUSIVE. Mali hotel attack ‘170 hostages seized’ in Bamako Radisson Blu Hotel. 3 dead after gunmen take captives at Radisson Blu in Bamako.
Mali hotel attacks and 170 hostages seized in Bamako. Gunman have launched an attack on the Radison Blu Hotel in the centre of mali’s capital, Bamako. As per the sources 2 people have locked 140 guests and 30 empoyees in 190 romes. Already police ave surrounded the hote which the gunmen entered shooting and shouting “God is great” in Arabic it means Allah hu Akbar. The U.S embassy in Bamako has tweeted that it “is aware of an ongoing active shooter operation at the Radisson blu hostel”. And also stated that “all U.S citizens were asked “to shelter in place” and encourage to contact their families”. Some reports says about 10 gunmen in total are involved in the attack but, that’s not and authenticated report till now.
If we get into the details Bamako is the capital and largest city in Mali. And In 2006 it was estimated t be the fastest growing city in africa and sixth fastest in world.
2015-11-20
VJMurali
Share

Flash news that Terrorist attack(3 blasts) happened in Brussels. Brussels is the capital city of …

Powered by WordPress | Designed by jntuworld
© Copyright 2021, All Rights Reserved